The Trump administration continues to prove that it’s the most anti-clean water administration in history. Over the past six months Clean Water Action has worked tirelessly to defend Clean Water Act protections for streams and wetlands and oppose the onslaught of other Clean Water rollbacks. Thanks to members and supporters, Clean Water was able to mobilize thousands of comments from people across the country to oppose these reckless rollbacks. It was a strong, unified message that gutting clean water protections is unacceptable.

In January 2020 the U.S. Environmental Protection Agency (EPA) and the U.S. Army Corps of Engineers (the Corps) finalized the Dirty Water Rule, which, for the first time in the history of the Clean Water Act, exempts many streams and wetlands from the Act’s pollution control, prevention, and clean-up programs. Eliminating protections for these streams and wetlands puts all of our nation’s rivers, streams, lakes, bays and other water resources at risk because all of our water is connected. 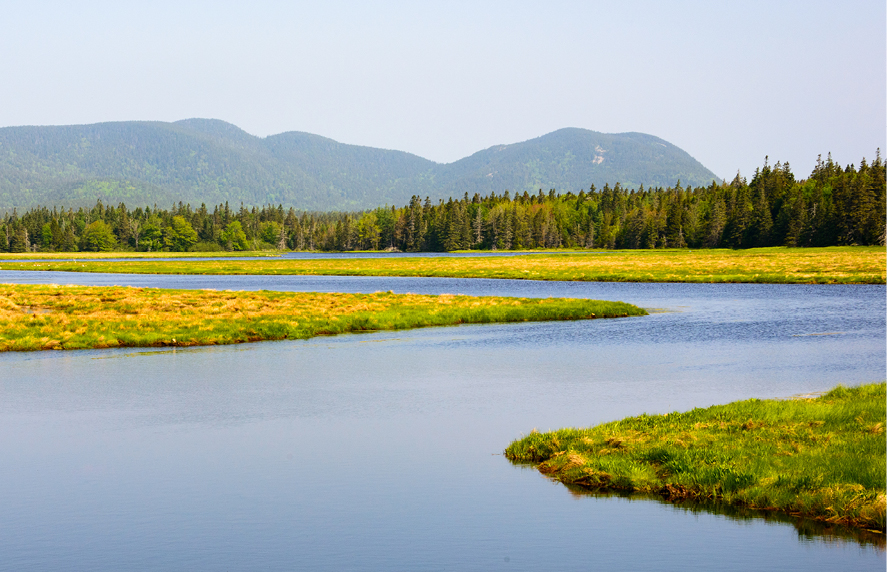 The finalization of this rule was devastating, but Clean Water Action isn’t backing down on its commitment to secure fishable, swimmable, drinkable water for all. On April 29, 2020, the organization joined several allies in suing the Trump administration over its Dirty Water Rule. While waiting for a judge to hear and eventually decide the case, the organization is also pushing Congress to pass legislation to repeal the Dirty Water Rule. Clean Water Action is an original supporter of the Clean Water for All Act, which was introduced in the U.S. House of Representatives on May 8th. Specifically, the bill would require EPA to propose a new rule that follows the best available science, protects water quality, prevents drinking water sources from contamination, safeguards human life and property from increased flooding risk, and ensures minority or low-income populations are not disproportionately impacted by water pollution.

Also in January, the comment period closed on EPA’s proposal to weaken standards that limit the amount of toxic heavy metals and other pollutants coal-burning power plants dump into rivers, streams, and lakes, including those that are used as drinking water sources. Not only did Clean Water Action mobilize thousands of people to submit comments opposing this rollback, staff wrote detailed technical comments with allies. Clean Water Action staff highlighted the significant impact bromide present in power plant wastewater has on downstream drinking water systems, and urged EPA to strengthen its proposal to require coal plants to control bromide discharges. Bromide present in drinking water sources reacts during the water treatment process to form disinfectant by-products that are known to cause bladder cancer and other health problems. To address this problem, EPA must prohibit power plants from refining coal with bromide and require them to eliminate all wastewater discharges that contain bromide. Clean Water Action anticipates EPA will finalize this rule later this year, and will continue to advocate for the strongest protections possible to rein in the number one toxic water polluter in the U.S.

Victory for the Campaign to stop EPA’s Water Polluter Loophole

Had the Supreme Court not ruled in favor of the environmental plaintiffs, it would have become easier for operators of coal ash ponds, landfills, animal manure lagoons, and fracking waste pits  to pollute surface waters without a permit. Kudos to Earthjustice for this incredible victory for all who depend on clean water!

Responding to the COVID Crisis

Early in the COVID crisis, Clean Water Action saw connections between people’s response and our campaigns. As people stocked up on food and essential items for their time at home to help slow the spread of the virus, there shots of shopping carts full of bottled water on television and in newspapers. Staff began to wonder about drinking water safety, and about the negative consequences for people’s budgets and the plastic waste problem with all this extra bottled water in use. (Answer: In general you don’t need to stock up on bottled water, which costs as much as 6,000 times more than tap water.)It didn’t take long for the crisis to touch on Clean Water’s core issues in numerous ways. So Clean Water began to take action:

— Staff are researching how our nation’s drinking water systems ensure that they can continue to operate and the organization is supporting assistance for water systems and their consumers so declining revenues don’t threaten safe operation. With allies, Clean Water Action sent a letter to US Congressional leadership about clean water investments needed to address immediate needs and to boost the economy while protecting health and the environment in a broader infrastructure package.

— Clean Water is working to make sure that residential water service is not cut off (and restored if it has been cut off) during a time when people need running water more than ever for proper health protection including hand washing.

— With allies, the organization is taking the Trump administration Environmental Protection Agency (EPA) to court over its unprecedented, sweeping announcement about suspending civil enforcement of health and environmental protection programs. Clean Water also joined friends at the Environmental Integrity Project on a letter signaling concern with the breadth of EPA’s enforcement response and its lack of transparency.

— Did you know that even disinfectant and cleaning wipes labeled “flushable” do serious damage in our wastewater treatment and septic systems? Wipes flushed down the toilet build up and cause numerous problems, all of which are expensive to fix and that use of valuable staff and technical resources. When it comes to our wastewater treatment plants, we’re paying for that. When it comes to our home plumbing that can also be damaged — well we’re paying for that too. With more wipes in use during this crisis, more wipes are getting flushed. Clean Water Action is devoting some of its social media activities each and every day to letting people know that “flushable” on the label is just plain wrong. Put those wipes in the trash!

Read more about what Clean Water Action is focused here. 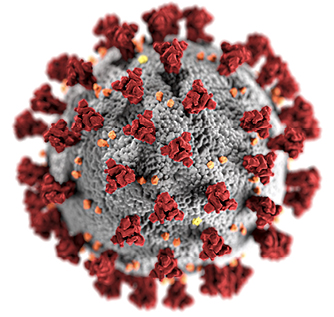 Six basic principles for recovery packages to help us deal with COVID-19:

1. The response must be focused on relief for people, not corporate bailouts, and must invest in public health

2. Congress must directly invest in our most vulnerable neighbors and communities

3. We must not give handouts to industries, like the fossil fuel industry, that have polluted our air and water for decades while pushing our climate to the brink

4. Any corporations getting bailed-out must clean up their act and reduce the harm they cause to our water, air, climate, and public health

5. Any response must also uphold our existing bedrock laws like the Clean Water Act, Clean Air Act, and the National Environmental Policy Act

6. We should use this as an opportunity to invest in the future — clean energy, more transit options, and more 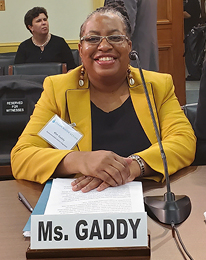 In October, the U.S. Environmental Protection Agency (EPA) announced long-awaited proposed revisions to the Safe Drinking Water Act (SDWA) Lead and Copper Rule (LCR). The goal of this regulation is to reduce lead at the tap in water served by regulated Public Water Systems. These are the drinking water utilities that provide water for most people in the United States.

EPA’s proposal started the clock ticking for Clean Water’s campaign to improve the final rule. Clean Water identified a number of areas in which EPA missed the opportunity to tackle the lead in water problem, particularly when it comes to the largest source of lead — lead service lines that bring water from the large water main under the street to the home or building.

The organization, through its field and phone canvasses, and digital actions, mobilized more than 15,000 comments to the official EPA docket. Clean Water Action also submitted its own technical comments which you can read here. Clean Water’s New Jersey Environmental Justice Organizer Kim Gaddy, also a Newark, NJ resident, was invited to testify at a February 11, 2020 U.S. House Energy and Commerce Committee Subcommittee on the Environment and Climate Change hearing on the proposed revisions. Kim’s testimony can be found in a blog post here.

EPA will finalize the new Lead and Copper Rule later this year. Working with allies and experts, Clean Water Action delivered a resounding call for doing more to get the lead out of drinking water, including replacing all lead service lines regarding of whether they are under public or private property. The legacy of the use of lead in water distribution and in plumbing fixtures and parts is a public health burden and a financial burden for our nation’s water systems. Now is the time to do everything we can to solve this problem.

In late April, Trump’s Environmental Protection Agency (EPA) published its rollback of Clean Water Act protections known as the Dirty Water Rule. This dramatic weakening of federal regulation removes protection for millions of stream miles and about half our nation’s wetlands. For oil and gas producers feeling the squeeze from historically low oil prices, this means more places to cheaply dump their toxic wastewater, known as “produced water.”

But even before the Trump Administration’s rollbacks to clean water protections, fossil fuel companies have enjoyed the benefit of gaps in regulation that have allowed direct discharge of wastewater into rivers and streams. In early 2020, we published a first of its kind report, examining how the Clean Water Act regulates the discharge of produced water, the loopholes that have allowed toxic discharge into the environment and reviewing permits to see which states have authorized this activity.

What we found was a striking lack of transparency, keeping the public in the dark about where oil and gas companies dump their wastewater and the possible downstream impacts. We are calling for EPA and states that administer Clean Water Act programs to enact several reforms  to better protect our water from oil and gas wastewater:

— Closing the loopholes that allow for discharge of toxic produced water directly into rivers and streams.

— Improving oversight, transparency, and data availability so the public has better access to information on produced water discharge

Check out this page to read the report. 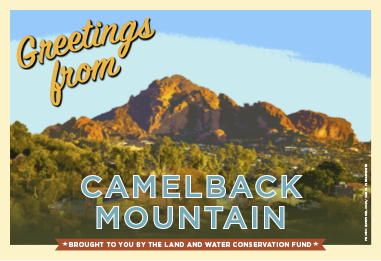 Funding the LWCF is important now

Access to the outdoors is good for mental and physical health. People are taking advantage of outdoor spaces, while maintaining physical distancing and following CDC guidelines. Many of these opportunities exist because of the Land and Water Conservation Fund.

With people flocking outside, investments in improving access to public lands are important now more than ever. Full funding for LWCF is needed to create more access points on existing public lands, and build more close-to-home parks and trails across the country.

Investing in our public lands, and providing full, permanent funding for LWCF is a low-cost economic stimulus that will pay big dividends for communities across America. 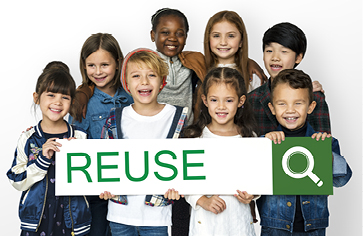 Every day is Earth Day at Clean Water Action! But this year’s 50th anniversary of Earth Day certainly felt and looked remarkably different. With the growing COVID-19 pandemic, many people found themselves more isolated at home, joining zoom calls with friends and families and participating in virtual events and online actions. And for parents going a little stir crazy with little ones at home, you may be seeking out creative ways to keep kids active, entertained and engaged (without so much screen time).

That’s why Clean Water Action launched a series of eco-friendly activities for families to do together while social distancing. Earth Day is intended as a day to celebrate and support the environment, and a great way to introduce and explore nature concepts with children.

Kids are our future. There’s a lot we can both teach and learn from them. Check out this list of eco-friendly activities that are sure to inspire families and kids to get creative and learn about ways to care for our planet. From going zero waste at home and designing a T-Shirt to making an eggshell garden and going on a scavenger hunt, there is something that will appeal to kids of all ages. If you have any suggestions you’d like to add, please let us know.