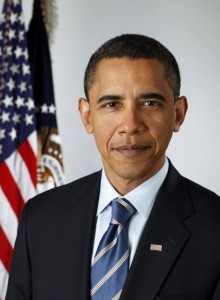 The Choice Couldn't Be Clearer

By Bob Wendelgass, President and CEO

We must Re-elect Barack Obama in 2012

In my 20 years of working with Clean Water Action, I have never seen a Presidential race in which the choice was so stark. That’s why earlier this week, Clean Water Action joined with Sierra Club, the League of Conservation Voters and Environment America to endorse President Obama for reelection in 2012. He has an outstanding record on environmental issues, and despite a hostile Congress, has taken incredibly important actions to address climate change, air pollution and water pollution and other health and environmental challenges.

Mr. Romney threatens, if elected, to roll back decades of progress in protecting our water, our air and our health. He wants to repeal the Obama Administration initiatives dealing with climate change, and would cut regulation on gas and oil drilling.  His positions on the environment are more extreme than any serious Republican contender for President in recent memory.

On the other hand, despite the most anti-environment Congress in history, President Obama has taken gigantic steps to protect our water, our communities, and our health.

We have a choice in 2012. We can either continue moving forward to build a future of clean water, healthy air and clean jobs, or we can go back forty years to a time when rivers caught on fire and the air in many cities was unhealthy to breathe.  We can either reduce the emissions that are causing climate change, creating new jobs and growing our economy, or we can spend billions dealing with the damage that climate change will cause.

The choice couldn’t be clearer.  We must re-elect Barack Obama President this fall.