Tell Your U.S. Senators and Representatives: It’s Time to Invest in Our Drinking Water! 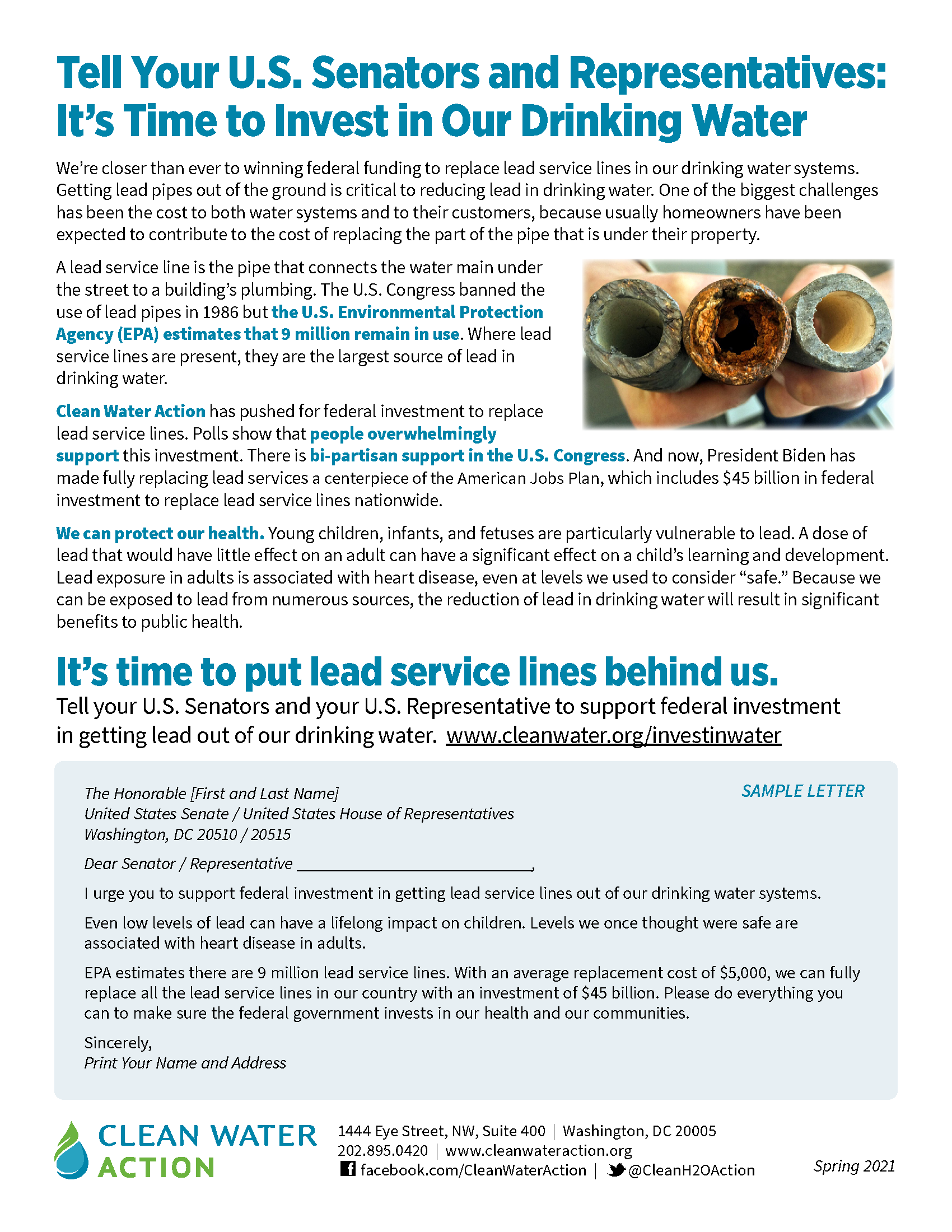 We’re closer than ever to winning federal funding to replace lead service lines in our drinking water systems.  Getting lead pipes out of the ground is critical to reducing lead in drinking water.  One of the biggest challenges has been the cost to both water systems and to their customers, because usually homeowners have been expected to contribute to the cost of replacing the part of the pipe that is under their property.

A lead service line is the pipe that connects the water main under the street to a building’s plumbing. The U.S. Congress banned the use of lead pipes in 1986 but the U.S. Environmental Protection Agency (EPA) estimates that 9 million remain in use. Where lead service lines are present, they are the largest source of lead in drinking water.

Clean Water Action has pushed for federal investment to replace lead service lines. Polls show that people overwhelmingly support this investment. There is bi-partisan support in the U.S. Congress. And now, President Biden has made fully replacing lead services a centerpiece of the American Jobs Plan, which includes $45 billion in federal investment to replace lead service lines nationwide as well as critical investments to tackle the climate crisis, ensure clean air and clean water, and promote healthy communities for all.

We can protect our health. Young children, infants, and fetuses are particularly vulnerable to lead. A dose of lead that would have little effect on an adult can have a significant effect on a child’s learning and development. Lead exposure in adults is associated with heart disease, even at levels we used to consider “safe.” Because we can be exposed to lead from numerous sources, the reduction of lead in drinking water will result in significant benefits to public health.

It’s time to put lead service lines behind us. Tell your U.S. Senators and your U.S. Representative to support federal investment in getting lead out of our drinking water.