Be a Clean Water Voter - Minnesota Endorsements for 2020

Elections matter – that is something that Clean Water Action has known for a long time.  Our members expect many things from us, but one of our most important responsibilities is to recommend candidates for office that our members and others who care about can support on Election Day.

We look at where candidates stand on the key environmental issues that we work on in Minnesota – climate change, clean energy, reducing toxic chemicals, protecting our water, addressing agricultural pollution… just to name a few.

We believe that the candidates listed below are all deserving of our endorsement and the name of Clean Water Champion.  We encourage you to vote for them and support them in any way you can. Our 2020 Clean Water Action Minnesota Endorsed Candidates: 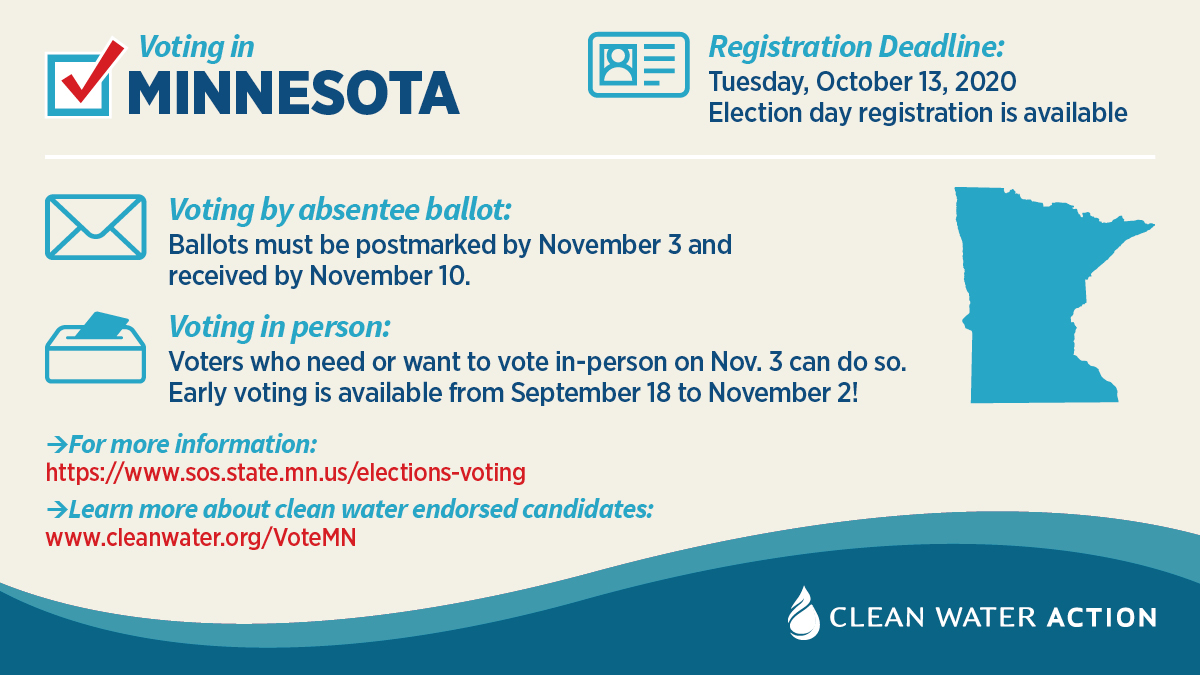 Since our founding during the campaign to pass the landmark Clean Water Act in 1972, Clean Water Action has worked to win strong health and environmental protections by bringing issue expertise, solution-oriented thinking and people power to the table. Learn more at www.cleanwateraction.org/mn