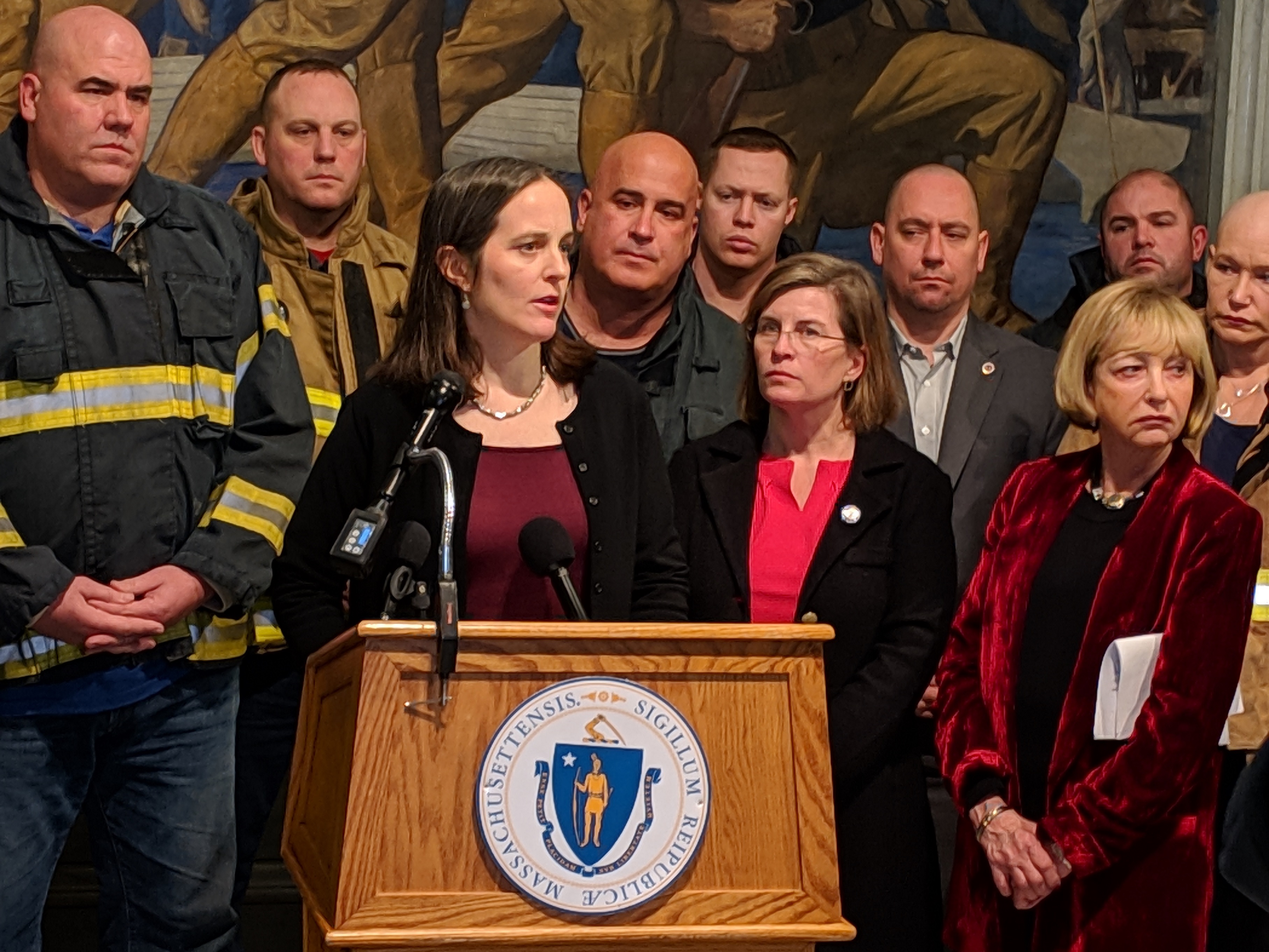 To start the new year, we have a victory to celebrate! On New Year's Day, Governor Baker signed the Children and Firefighters Protection Act into law.

The signing of this bill is a huge victory for public health and the environment. The new law will ban 11 highly toxic flame retardant chemicals in children’s products, household furniture, mattresses and bedding, curtains and blinds, and carpeting. It also will allow the state to ban more toxic flame retardants in future years. The ban takes effect on December 31st of this year.

This has been a very long time in coming. The first version of this bill was filed 8 years ago.  Over the years it passed the Senate 3 times and the House twice. On January 1, 2019, the bill was sent to the governor’s desk. The photo above is from a press conference that week calling on the governor to sign the bill, but he didn’t heed our call and vetoed it instead.

The tenacious bills sponsors, Representative Marjorie Decker and Senator Cynthia Stone Creem, filed the bill yet again--just a few days later--and this time it made it all the way through to victory. It passed the Senate on September 19th, 2019, passed the House on November 4, 2020 (a welcome diversion for many from watching election returns), was finalized by the legislature and sent to the Governor’s desk on December 23rd, and signed into law on January 1, 2021. Throughout that time we fought off many attempts to weaken the bill as industry tried to get car seats and mattresses exempted, to ban fewer chemicals, and to make it nearly impossible for more chemicals to be added later.

This victory happened because of the support and persistence of Clean Water Action members. Your letters, calls, emails, and social media posts made this possible. The power of the chemical industry is huge and in this case people power and public health won out.

This was a huge collaborative effort. Clean Water Action worked closely with Representative Decker, Senator Creem, the Professional Firefighters of Massachusetts and our partners in the Alliance for a Healthy Tomorrow coalition including MASSPIRG, MassCOSH, Mass Nurses Association, Mass Breast Cancer Coalition, Resilient Sisterhood Project, Clean Production Action, Environmental League of Massachusetts and so many more. Key scientific information was provided by Silent Spring Institute over and over again for 8 years. The AFL-CIO of Massachusetts, Built Environment Plus, the Fire Chiefs Association of Massachusetts, American Academy of Pediatrics, the American Sustainable Business Council and many more organizations played huge roles.

There is so much bad news these days that it’s important to take a moment to pause and revel in the victories when they happen. Now is one of those times.

And we also know that there is so much more work to be done and Clean Water Action is already fighting to achieve more victories for our health and our environment. Please make a donation today so that we can celebrate more success in 2021.