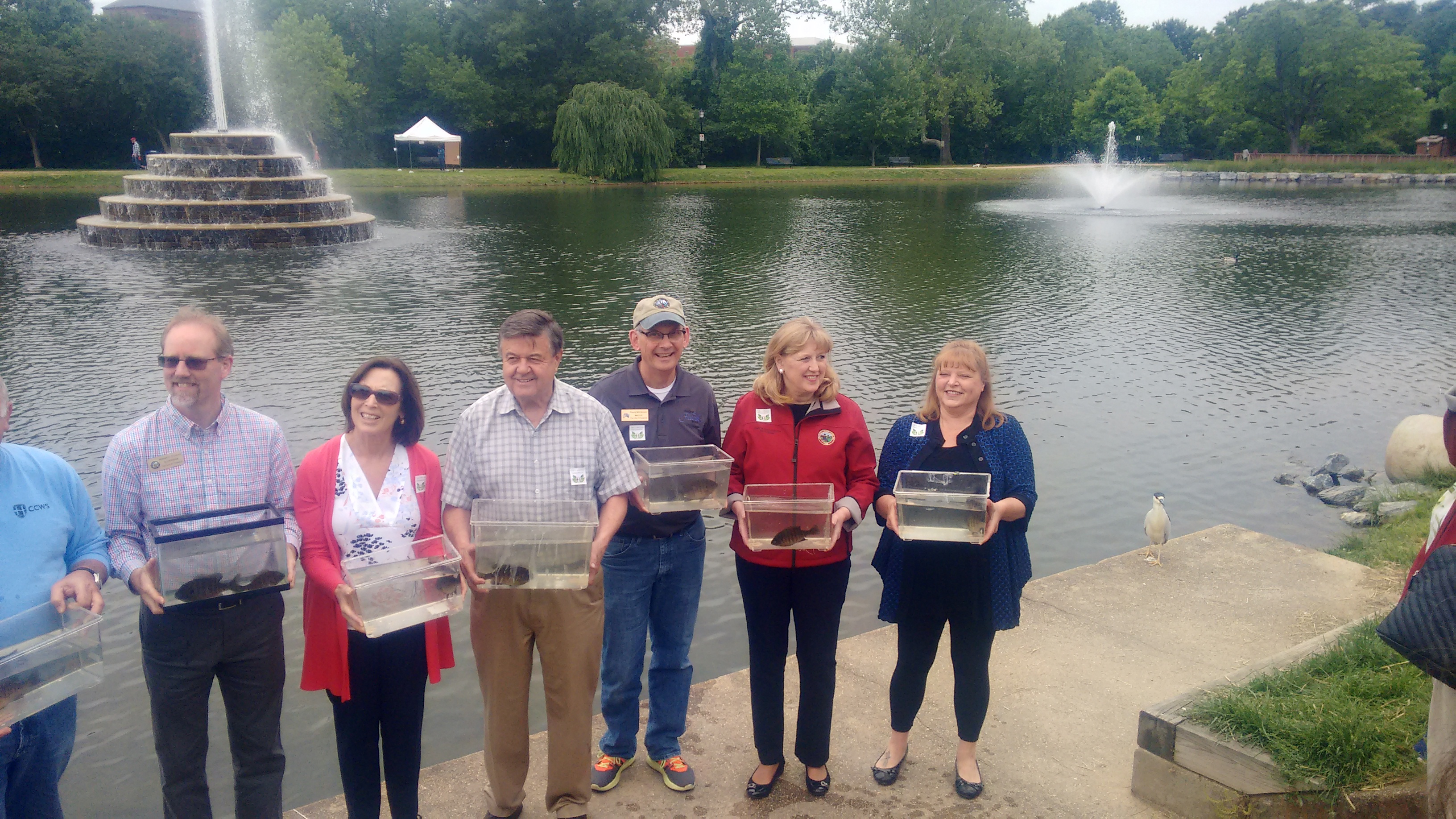 Emily, Caitlin from the Potomac Conservancy, and I spent last weekend in downtown Frederick at the Green Neighbor Festival.  This two-day gathering for environmentalists, gardeners, advocates, and families was planned by Hood College’s Center for Coastal and Watershed Studies (CCWS) and the Friends of Baker Park to promote environmental sustainability and “green” practices to protect land, water, and energy resources.  As part of the Clean Water Frederick team, we were there to share information about watersheds and water quality in Frederick County, encourage residents to act to protect their drinking water, and educate kids about polluted stormwater runoff. 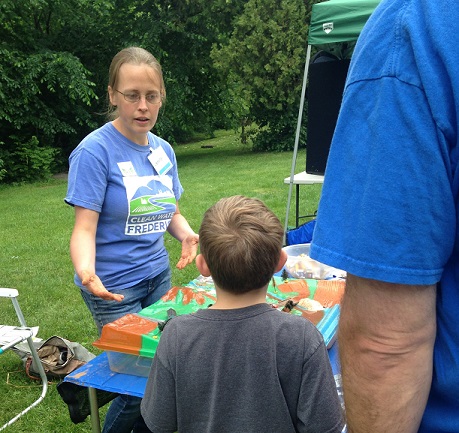 "What happens to rain when it falls on your house?"  Most kids answer that question with "Ummmm..."  We're not used to thinking about where resources go when they leave our hands: from stormwater, to trash, to money.  But the impacts of those materials - their negative externalities - have a big impact on the environment around us.  We used a model of a watershed to illustrate for kids where rain goes after it falls on the ground: carrying dirt (cocoa powder) straight to their local stream and into the Monocacy River.  But trees (sponges) are the best way to slow that water down and clean that cocoa powder up before it reaches the Monocacy River - which provides much of Frederick City's drinking water.  You wouldn't want to drink that muddy water, would you? 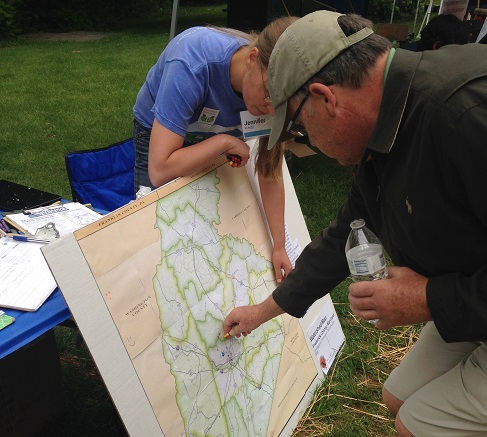 We also asked passers-by if they knew what watershed they lived in, map at the ready.  Many didn't know, or answered "The Chesapeake Bay watershed!" - correct, but very distant.  Pollution that runs off your roof, driveway, or lawn is just a drop in the bucket by the time it reaches the Chesapeake, but makes a big difference to your local stream - and local streams in Maryland are some of the most polluted in the state.  Everyone who stopped at our table used a crayon to mark what whatershed they had traveled from to be there: most were in the Carroll Creek watershed in Frederick City, but some had come from as far away as the Antietam Creek watershed in Washington County.  We've been working to build stronger watershed protections into Frederick County policies, but it takes strength in numbers to win victories like 2015's Stream Buffer Zone Ordinance - so join Clean Water Frederick to stay involved.

And join the Clean Water Frederick team in Linganore on Saturday, June 24 for a free Watershed Workshop on the Lake Linganore watershed, which provides almost half of Frederick City's drinking water.  Find out more and register here!