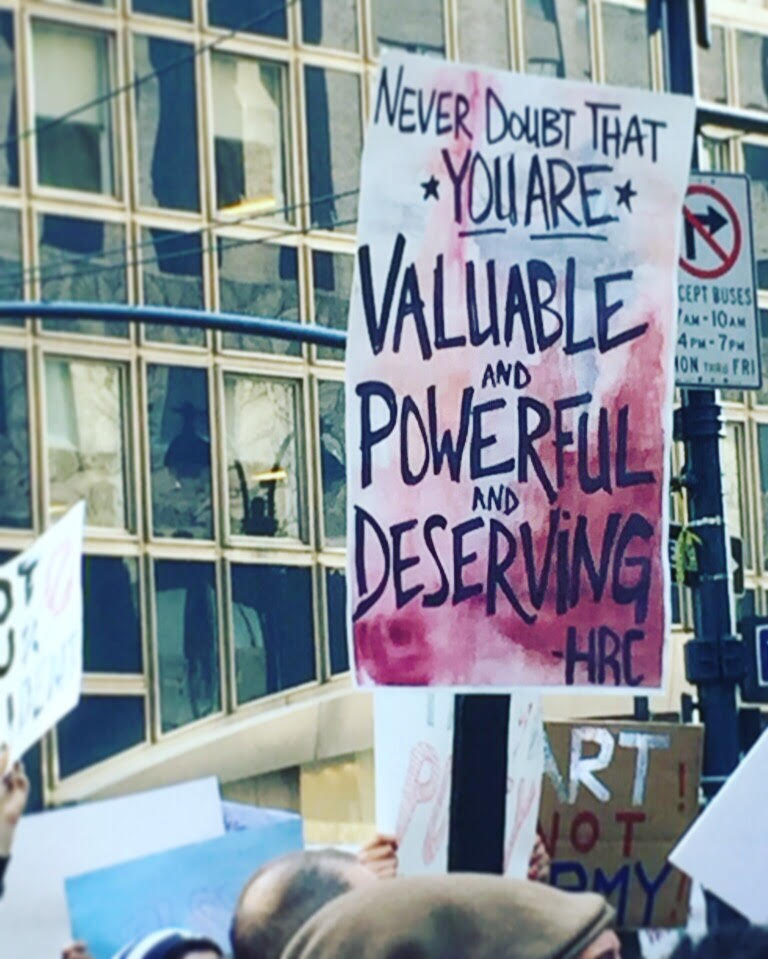 A Time for Collective Activism

Like many activists around the country, Clean Water Action's New Jersey office took the streets to protest and rally during the Women's March in Washington DC. We joined the sister march in NYC - both peaceful rallies with hundreds of thousands showing up to support women's rights, racial equality, environmental justice, and more.

This day of activism was inspiring to many of our staff who have been on the frontlines of environmental and social justice battles for decades.

Our state director Amy Goldsmith headed to NYC with her daughter Kara who is in high school. Amy has been to marches since she was 9 years old, but for Kara, this was her first.

"I have to say I thought there was going to be 20 people, but it was close to half a million people protesting for what I personally believe in and what many people around me also believe in," said Kara. "It was a fun and powerful march and it makes you proud to know that there is so many people around you that believe the same values you do and will do anything to keep these values safe." 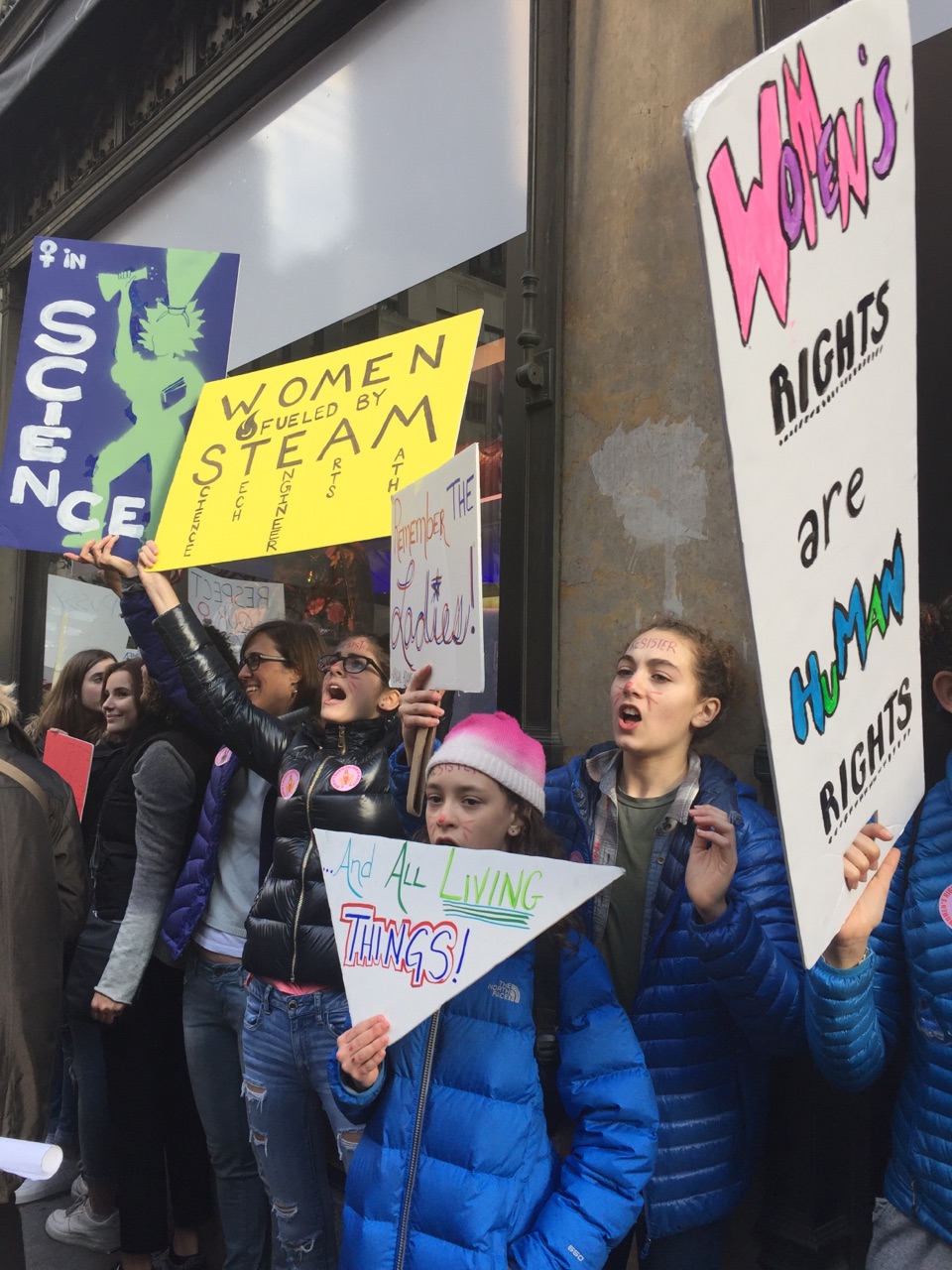 Photo: People of all ages took part in the Women's March in NYC. Credit: Amy Goldsmith.

"We were also on Facebook and texting with other family members who were also protesting and marching from across the world," said Amy. "From Portland, Oregon, Northampton and Boston, Massachusetts, and Washington DC, to Amsterdam, Netherlands, and even Bosnia. We were all sharing pictures from the day and it was like we were on one big march together." 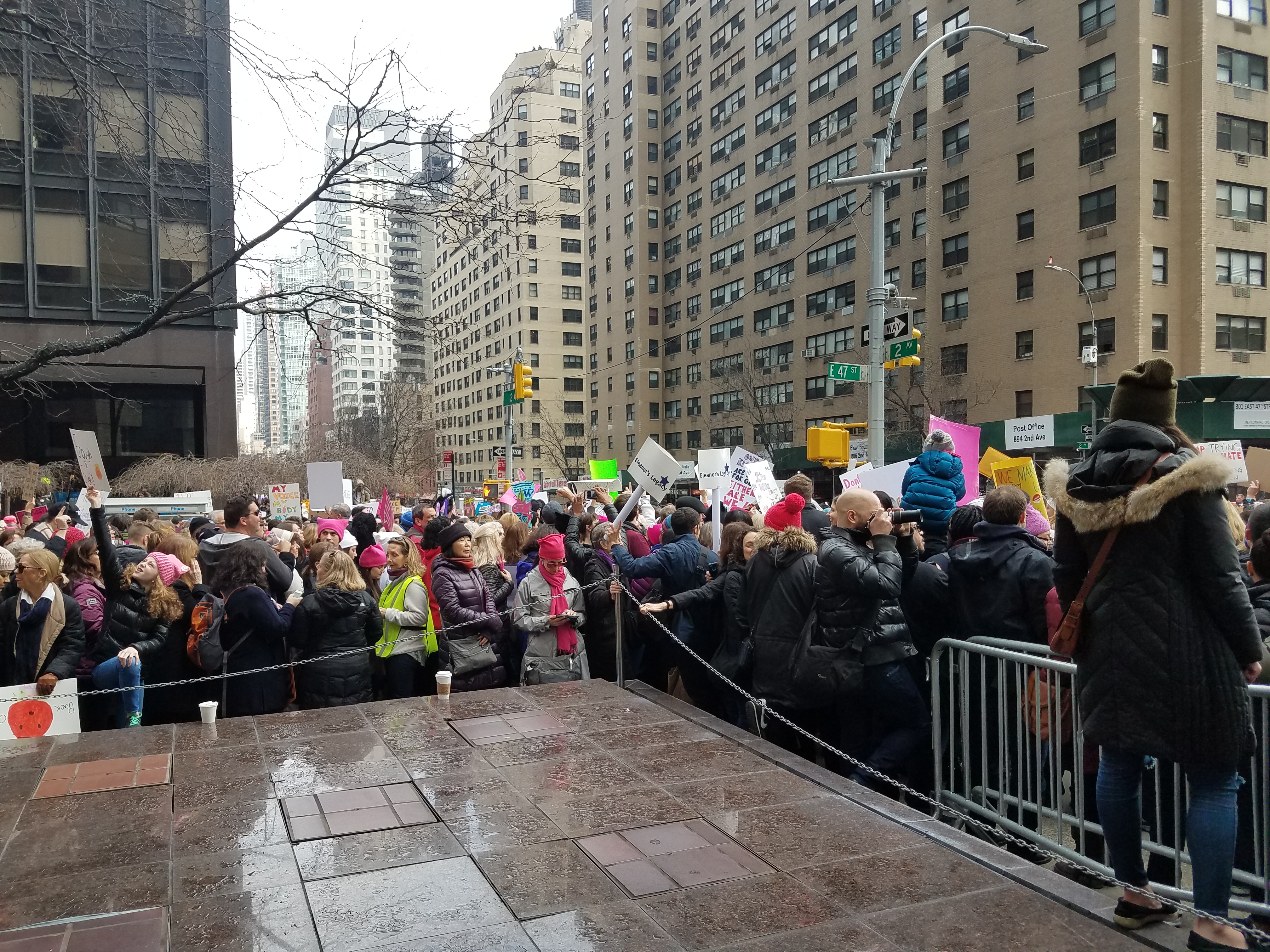 "I feel privileged to have marched shoulder to shoulder with over 400,000 amazing women in NYC and to have taken part of the greatest protest in U.S. history. The new administration and it's agenda must be met with resistance. On Saturday I became a part of that resistance. I, and millions of others, marched because we decided not to accept the things we cannot change, but rather change the things we cannot accept. That powerful message propelled me forward then, and will continue to propel me for the next 4 years. Thank you Women's March, for giving me enough hope for and confidence in the American people to fight against this absolute demagogue of a president." 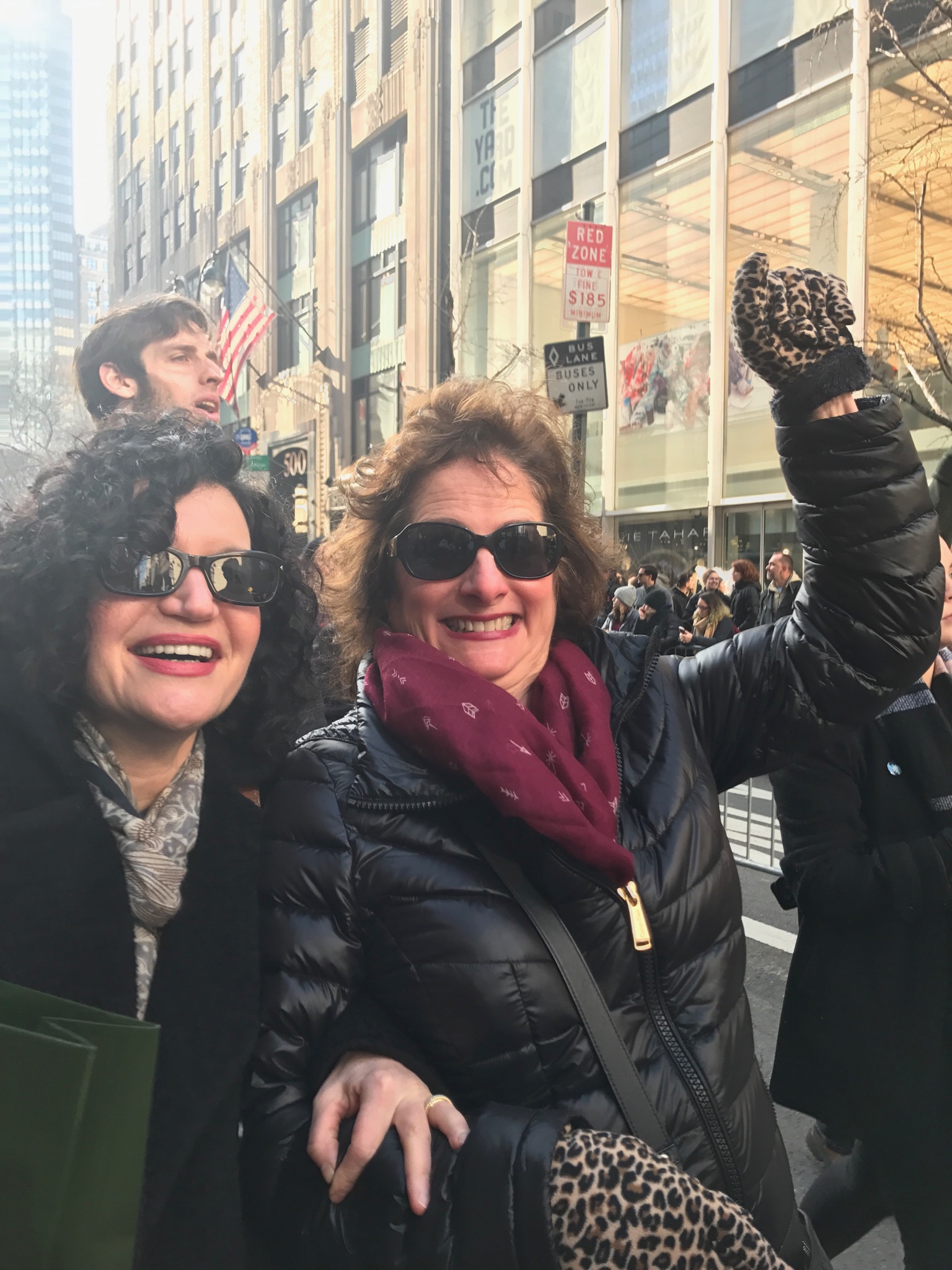 A Time for Collective Activism

Clean Water Action has been working and organizing on a grassroots level since the 1970s when we helped enact the federal Clean Water Act, the law that helped some of our nation's waterways stop catching on fire because of toxic pollution. Grassroots organizing is part of the organization's backbone and why I feel proud to have been working here for over 15 years.

Every evening in New Jersey, no matter the weather, our organizers head out into our communities, knocking on doors to discuss environmental issues face-to-face with residents, collecting action letters, raising much needed funds, and holding our elected officials accountable. It's the power of collective activism that can make the difference.

Since attending the march, we've taken part in several local actions and events and are in the midst of planning much more. We are urging all New Jerseyans to get involved!

On January 23rd, we met with environmental groups at a meeting to find out how we can move forward in Trump's America. 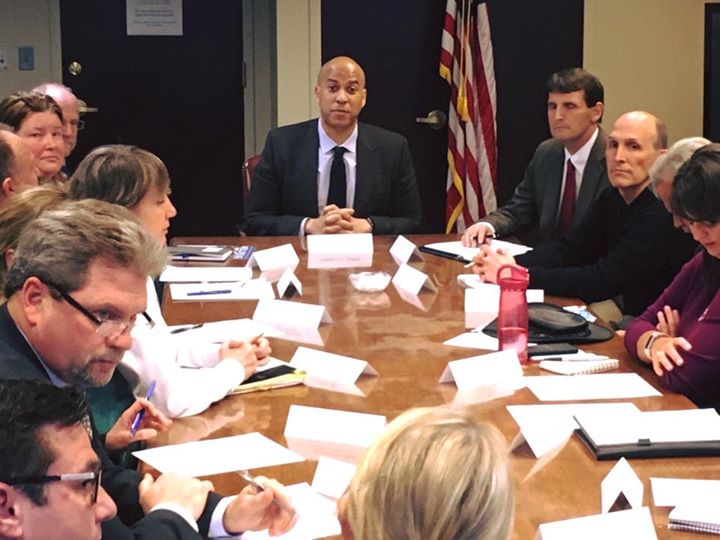 On January 24th, we joined hundreds of residents at a public hearing to oppose the South Jersey Gas pipeline from being built in the heart of the NJ Pinelands. 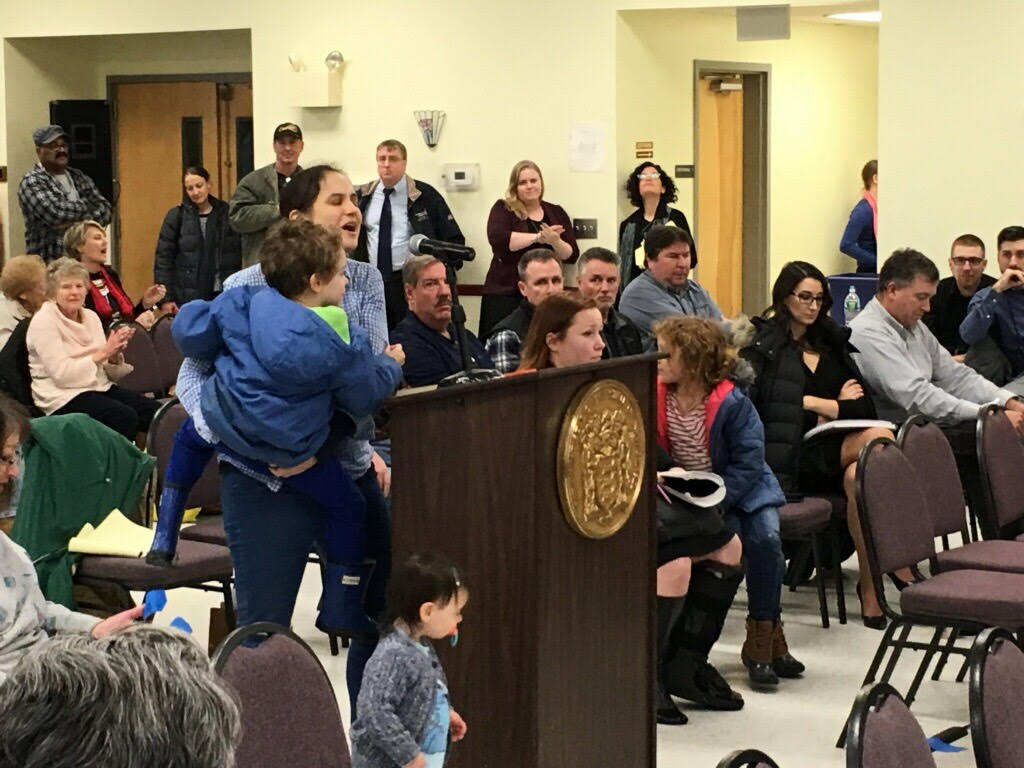 Photo: A mom with her children testifies against the pipeline's impact on our water supply and health. Credit: David Pringle.

"By my count, there were 200 citizens denied entry to the Pinelands pipeline public hearing by 9:45 am," said Janet Tauro. "We huddled, shivered, and suffered in a freezing rain for hours. Many left chilled and sick. Though forewarned of the large crowd that was expected, the Gov. Christie-stacked Commission Pinelands Commission, did not choose a large enough venue. Not only have they lost sight of their vow and mandate to protect the Pinelands, they have shown contempt and disdain for the public. This pipeline would establish a precedent for the industrialization of the Pinelands. Because it would be built over the Kirkwood-Cohansey aquifer where 17 trillion gallons of pristine water flow, the drinking supply for South Jersey residents would be in jeopardy."

Read more about the hearing in Janet's latest Op Ed in the Asbury Park Press.

Later that day, we headed to Trenton to launch Jersey Renews, a broad coalition of environmental, labor, community and faith groups formed to urge our elected officials to respond to the Climate Crisis. 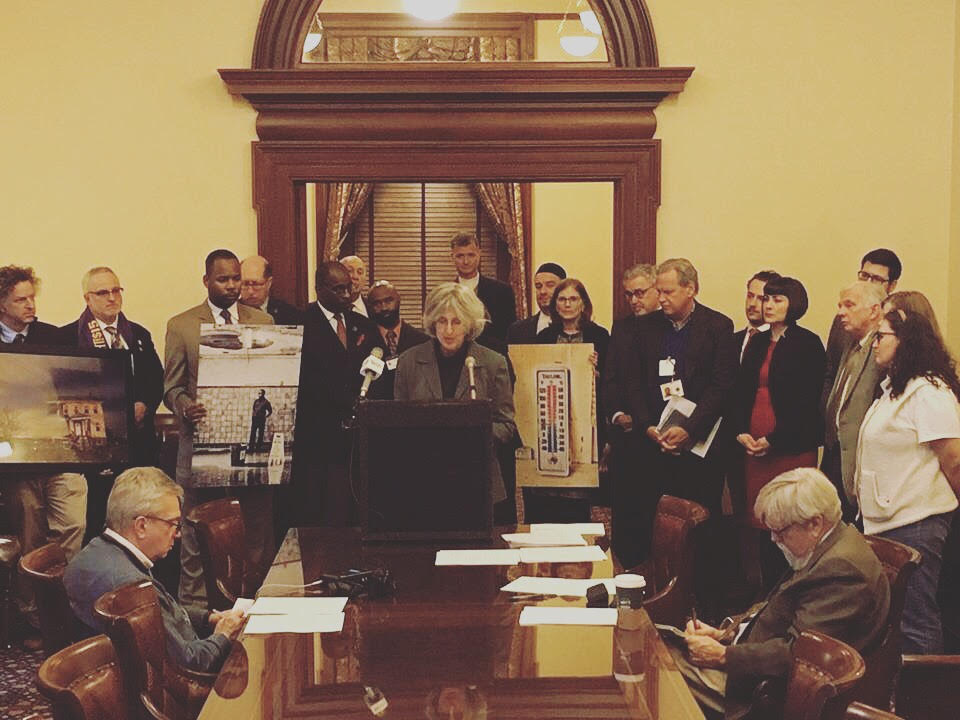 “Jersey Renews will be a powerful labor, environmental, public health and community counterweight to the anti-jobs, anti-climate justice policies of the Christie and Trump Administrations," said Amy Goldsmith. "By electrifying our ports and focusing energy efficiency and renewable energy initiatives in low income communities and communities of color, we are not only combating environmental justice and the climate crisis but also creating good jobs and economic growth where they're needed most.”

The next day, January 25th, we dropped off more than 870,000 petitions from Americans asking the Senate to reject the nomination of Scott Pruitt to the EPA. Pruitt has a long history of questioning the science of climate change and opposing safeguards for water, air, and public health. Pruitt has led the charge to throw out the Clean Water Rule, a vital safeguard for our nation’s waterways. 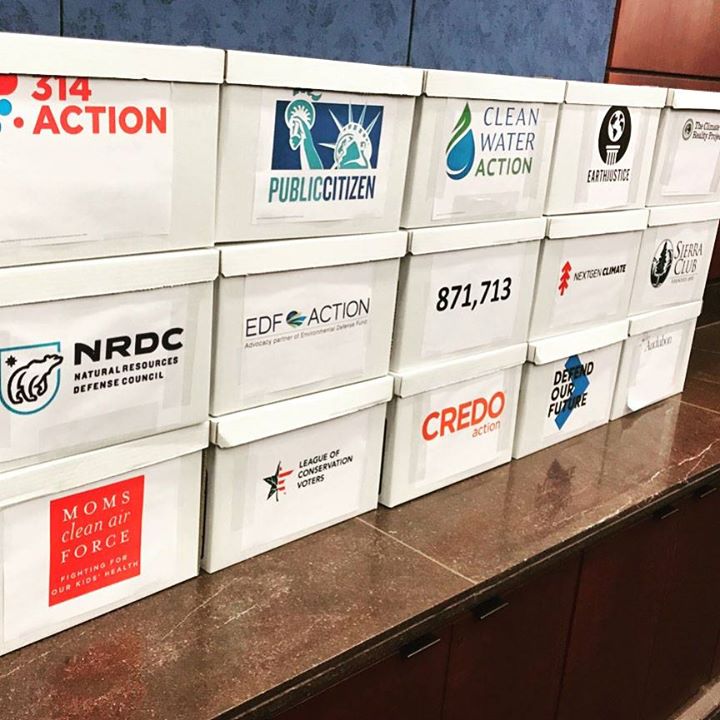 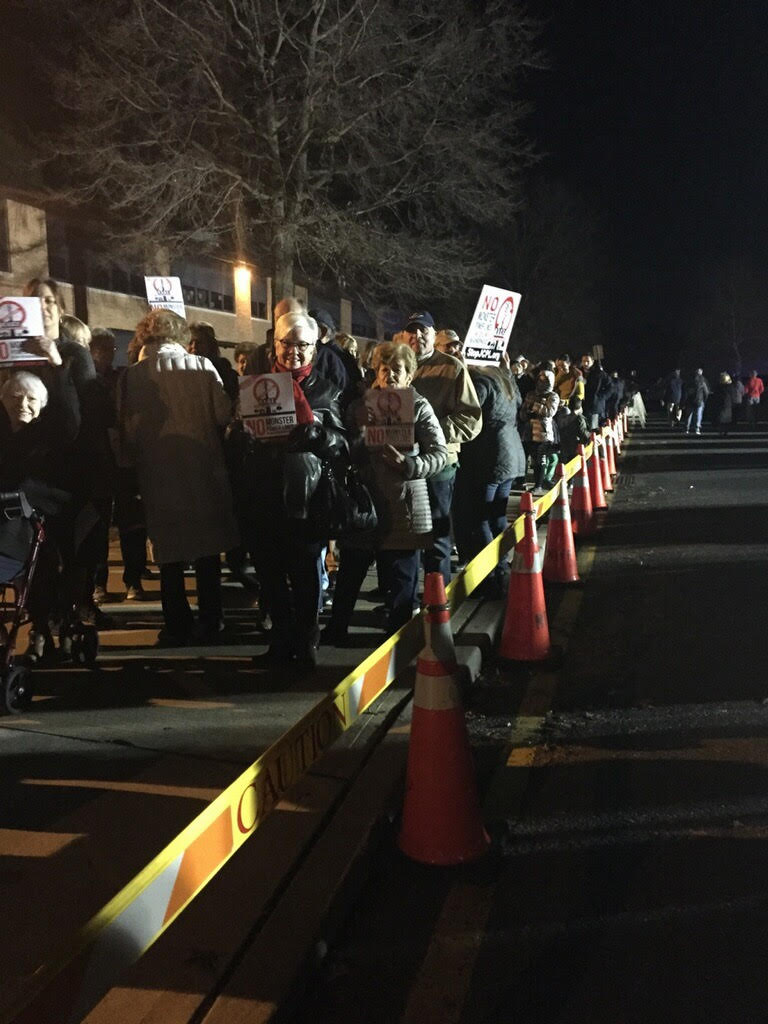 In true Clean Water Action fashion, we are not going to just sit by the sidelines. Clean Water Action is gearing up for an exciting 2017 and we hope you will join us. We are holding our 31st Annual Conference on Saturday, April 8th at The Wardlaw-Hartridge School in Edison. The conference will feature environmental speakers, workshops, actions, trainings, awards, as well as an Environmental Roundtable with some of NJ's gubernatorial candidates. We will also be heading to People's Climate March on Saturday, April 29th. Be sure to register today and keep up with the latest news on Facebook, Twitter, and Instagram. Please contact us to find out more ways to get involved. Working together, we can win.