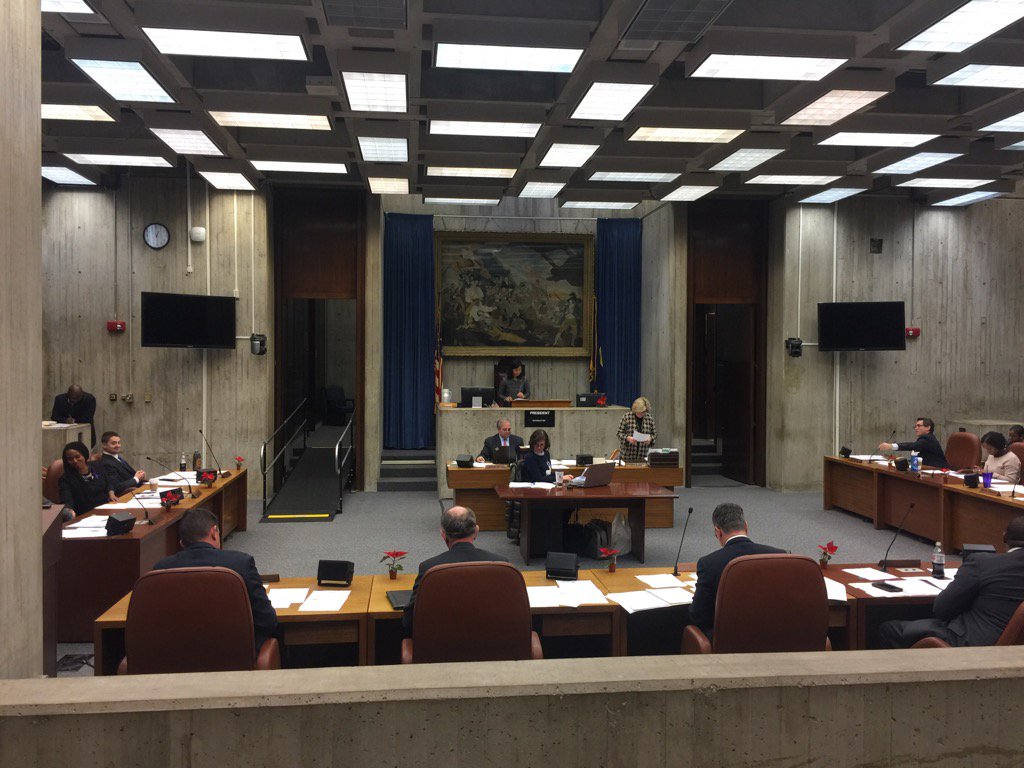 December 14, 2016 marks a historic day in the campaign for to fix aging gas distribution pipelines: an ordinance filed by Councilor Matt O’Malley’s ordinance passed 12-1 in the Boston City Council. The ordinance passing is a huge success and big step in the right direction for riding the city of dangerous methane leaks from our aging gas infrastructure. The ordinance is especially exciting in that it addresses concerns about worker safety, promotes infrastructure coordination, and promotes environmental protection.

The ordinance uses the city’s permitting authority to condition, coordinate and improve gas leak repairs. First, it addresses a major safety concern that has been overlooked by gas companies in assuring the accessibility of emergency shut-off valves for gas lines. This issue has long been ignored and shut off valves have been paved over and made inaccessible for repair workers, posing a huge safety concern. Under the ordinance, it is now required that there be easy access to the emergency shut off valves for workers. Should utilities refuse to comply, future permits can be denied.

Second, the ordinance will promote infrastructure coordination so that repairing the gas leaks is as easy as possible. If implemented well this will save money, save time and eliminate nuisance for residents. The ordinance, while giving the City of Boston Public Works Department wide discretion, directs the city to send its road plans to utilities in advance. The gas companies would be invited to survey the area and required to ensure repairs in a reasonable area around the project are complete. This limits traffic disruption and saves the expense of multiple road openings.

The ordinance will furthermore require the City of Boston to develop protocols for compensation to any street trees injured by gas leaks. Methane spewing from leaky gas infrastructure, in addition to being a potent greenhouse gas, leads to tree death. The gas companies would also have to be more specific on reporting the location of leaks and be transparent about their repair schedules.

The passing of the ordinance is a giant step in the right direction for addressing Boston’s aging and leaky natural gas infrastructure. While there is still much work to be done, the City of Boston and the gas companies will now be held responsible for dealing with the consequences of these numerous leaks. With many thanks to Councilor Matt O’Malley, Boston Climate Action Network, Community Labor United and the Greater Boston Labor Council, Boston Gas Workers (USW 12003), Conservation Law Foundation, Mothers Out Front, HEET (Home Energy Efficiency), Mass Sierra Club, and all of our other partners who helped get us here!