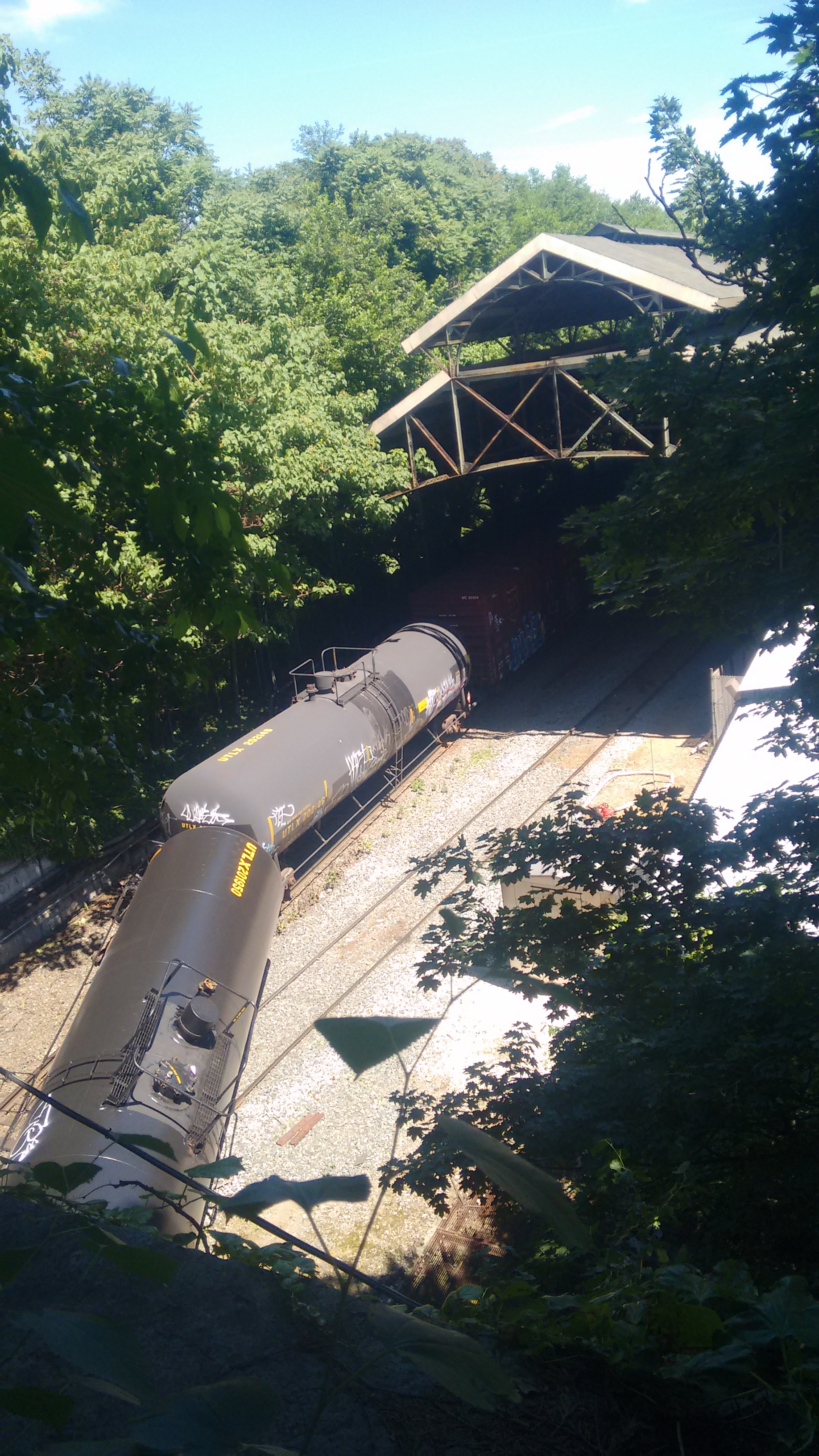 Oil Train Victories Across the Country

In Baltimore, Clean Water Action has been working for two years to prevent further oil train traffic from passing through our city and to make sure the City government, emergency services, and the public know all of the risks and health impacts that oil train shipments can cause. Our campaign is only a part of a nation-wide effort to stop oil trains, and the past few weeks have seen a lot of important victories and news across the country.

On August 9, the Whatcom County Council in Washington State passed an emergency moratorium on any new applications to ship unrefined fossil fuel through the Cherry Point refinery located in Bellingham. Their decision came after the county’s Planning Commission was directed to study changes to a plan that could potentially block any future exports of unrefined fossil fuels, including crude oil, coal, and natural gas, from Cherry Point. The BP-owned facility has long been regarded as an economic driver in the region, but since Congress lifted a 40-year ban on the exporting of domestic crude oil last December, there has been concern that when crude oil is shipped overseas, refinery jobs are sent off with it.  By preventing new unrefined fossil fuel export facilities at their Port, the County Council protected union jobs for local residents and prevented an increase in oil train traffic through their communities.

Just a few hundred miles south of Whatcom County, the Washington State Energy Facility Site Evaluation Council (EFSEC) had been holding hearings for weeks on proposed oil-by-rail export terminal in Vancouver, WA, when on July 29, state Attorney General Bob Ferguson called for the denial of permits for its construction. The Tesoro-Savage export facility would have been the largest oil-by-rail terminal in the country, and witnesses who testified on behalf of the project pointed to the potential of the facility to generate positive growth for the local economy, with one consultant even proposing that the risks associated with the project, such as oil spills, still create jobs for cleanup crews. Despite efforts to frame the damage and destruction caused by oil-by-rail transport as creating positive circumstances for job growth, the Attorney General concluded, “the bottom line is that the potential benefits of this project are dramatically outweighed by the potential risks and costs of a spill.” During the hearings, Vancouver’s City Council also voted to ban any new oil refineries and facilities in the city!

Meanwhile in Albany, the EPA has issued a notice to Global Companies LLC, a major player in oil-by-rail transportation in the area. The company is alleged to have violated the Clean Air Act, and to have intentionally underreported the amount of air pollution emitted by its operations since being granted permission in 2012 to increase the amount of oil it transports through Albany by 400 percent. Global Companies has also been locked in a legal battle for months over whether it will be allowed to add a crude oil heater, allowing it to import tar sands from Canada. In recent years, Albany has become a central hub for oil-by-rail transport on the East Coast, and many residents living and working close to the tracks are concerned about its effects on local public health.

These recent moves at the local level all set important precedents; cutting the number of operating crude oil export facilities is a crucial strategic step in the fight to reduce the amount of oil being transported by rail, and to ultimately ensure that oil stays in the ground in the first place.  And here in Baltimore City, we had our own major victory last month when Targa Terminals decided, after public pressure and pushback from the Maryland Department of the Environment, not to construct a second crude oil shipping facility in South Baltimore.  This facility would have dramatically increased the number of trains crossing Baltimore neighborhoods just yards from homes at dangerous at-grade crossings.  Read more about the fight against oil trains in Baltimore, and click here to tell the President of the City Council that you oppose oil trains!