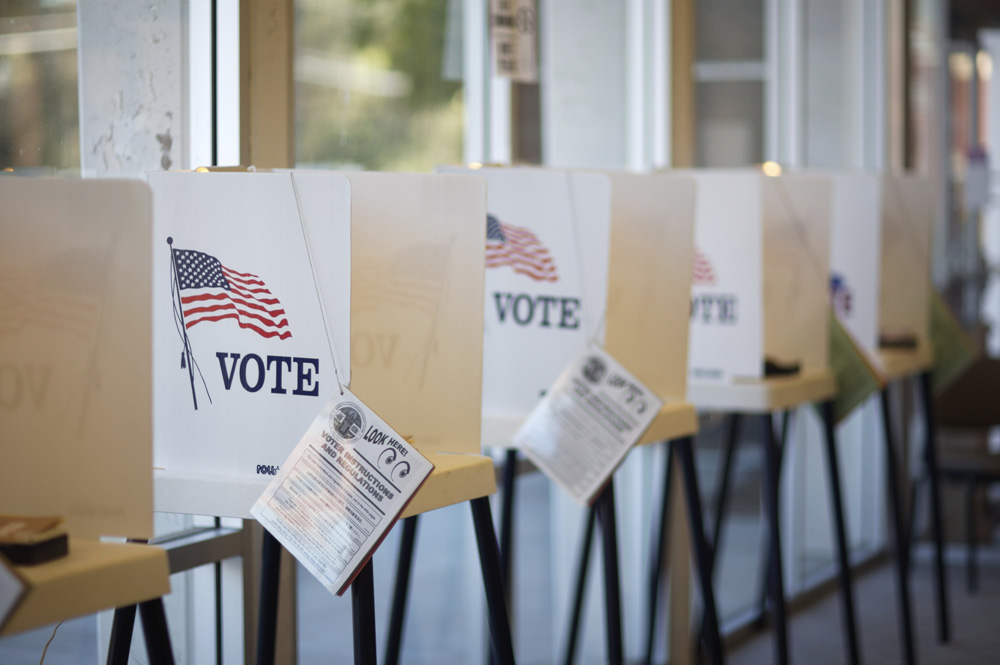 Democracy Works. But We Gotta Want It.

My favorite line in President Obama's address to the Democratic National Convention was "Democracy works, America, but we got to want it -- not just during an election year, but all the days in between."

President Obama's speech was about Hillary Clinton and healing the divisions in the Democratic Party after a hard-fought primary, but it was also an ode to democracy. And a plea to not treat civic engagement like a spectator sport. If we want to continue what we've started on climate change, racial and environmental justice, and more, it's a call we all need to answer.

Let me throw some numbers at you.

There are more than 500,000 town, city, county, and local municipal elected positions across the nation; more than 10,000 statewide positions; more than 7,300 state legislative seats; 435 members of the US House of Representatives. 100 US senators.

There is 1 vice-president and 1 president.

To be clear we need to elect Hillary Clinton. I am with her as all the way, as is Clean Water Action because she is with us and we're in this together and we can't let President Trump happen. Find out more here.

But all of our elected officials have a role to play in moving us forward. Sometimes the people who represent us at a local and state level have an even bigger impact on when and how we move forward.

So let's look beyond the top of the ticket. That's where the real action is.

Every one of the 435 Members of the House of Representatives, the most anti-environmental House in history, is up for reelection this year; 34 Senate seats are for grabs; and hundreds of thousands of those special, local, legislative, and statewide positions are on the line.

We have a chance for real change when we elect the right people.

Want to fight fracking? Thanks to the Energy Policy Act of 2005, the states are where you want to be. To ban fracking nationally, we need Congress. That could happen...eventually.

In the meantime, the battle is in the states. There is a ban in New York and a moratorium in Maryland and local bans or moratoria across the country because local officials heard from their constituents. And, while we're pushing the US Environmental Protection Agency to control methane pollution from all oil and gas facilities, states like Colorado, Pennsylvania, and California are enacting stronger safeguards to reduce methane emissions.

If finding safer alternatives to the toxic chemicals we encounter everyday is your thing, take a look at the states. Connecticut banned bisphenol A (BPA) in things like thermal receipts and sippy cups for babies. Maryland took on dangerous neonic pesticides last year. Massachusetts is leading the way on ineffective and toxic flame retardants in furniture.

When it comes to reducing waste, cities, counties, and states are showing us the way. 150 cities or counties in California have phased out single-use plastic bags, and California passed a statewide ban that is up for a referendum this year. Dozens of other cities and towns have also banned wasteful plastic bags. California and Minnesota got rid of plastic microbeads before the federal government did.

We're winning at a state level and we need governors and state legislators and city councilors and mayors who will stand with us and defend their communities from the impacts of oil and gas and toxic chemicals; who will work with us to protect clean water; and who will stand up to polluters.  That means we need to get involved at a local level. We need to make sure the people running to represent us at every level are willing to fight alongside us. And, if they are not, maybe we even run for office ourselves.

We have to be involved. When we sit out, disengage, shout from the sidelines, things go sideways real quick. Because making this country work is tough.

You take the wins when you can and run with them and expand on them. And if a win needs to come one incremental step at a time, you try to make it the biggest step possible. And then you build on it. And keep going. And when you lose, you go right back and try again. But you get involved.

And we build something greater.