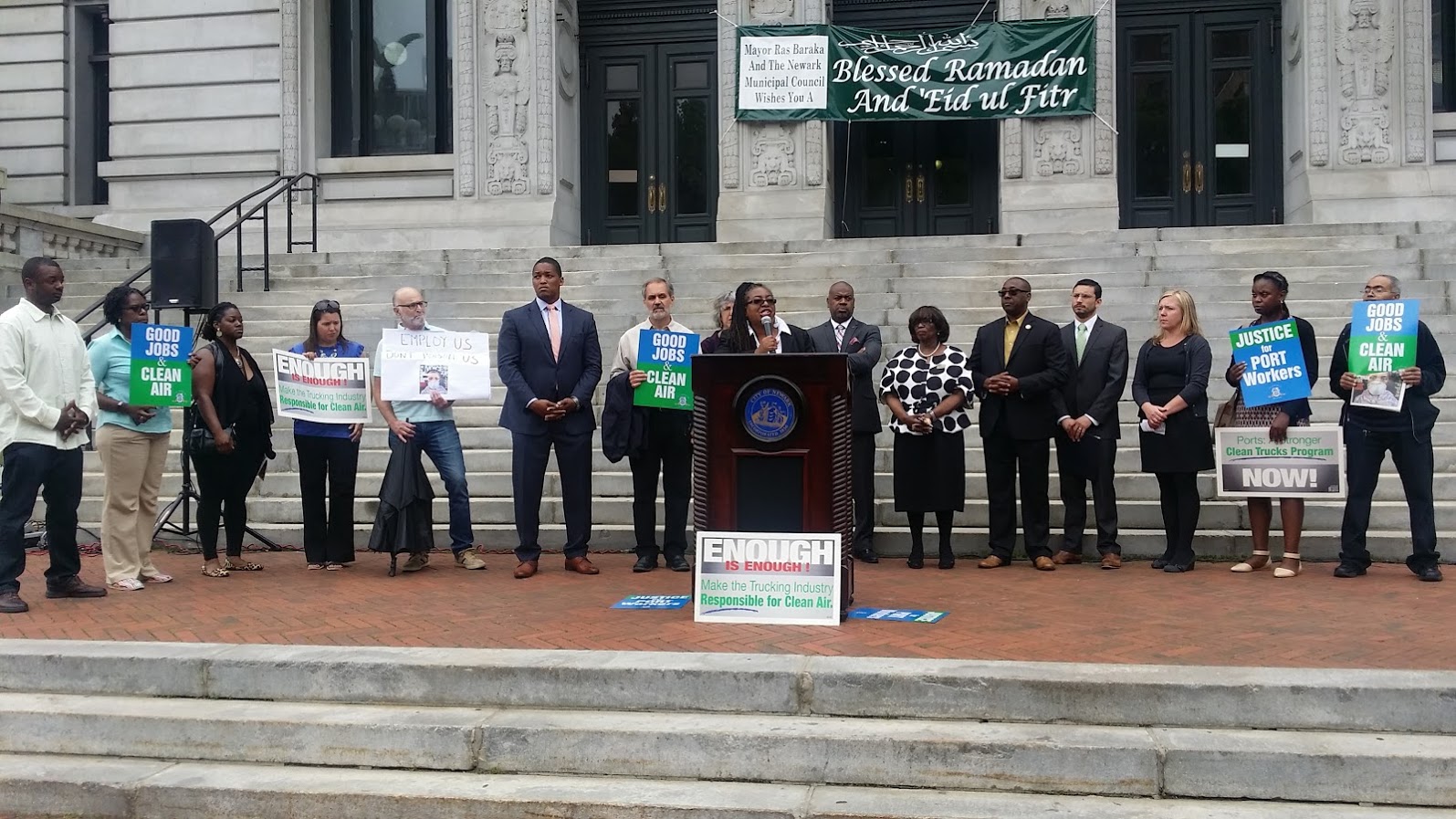 As we prepare for our Independence Day celebrations, I want to share two victories that we are proud to have accomplished.

For the past two years, Clean Water Action as part of the Coalition for Healthy Ports (CHP) and national Moving Forward Network (MFN) have led a campaign to reduce deadly diesel emissions in our transportation sector and in port communities. Together, we have gathered hundreds of thousands of letters and petitions urging the U.S. Environmental Protection Agency (EPA) to take action for clean air and healthy ports. I am excited to announce that Gina McCarthy, national EPA Administrator, responded to our request that the EPA establish an internal “freight team” charged in the next 2 years with developing strategies to significantly reduce diesel emissions from freight operations.

As the NY/NJ Regional Representative for the MFN and Environmental Justice Organizer for Clean Water Action who Chairs CHP, I am thankful to our members, canvassers, and coalition partners, including the North Shore Waterfront Conservancy, who went door to door in their communities urging people to take action and sign the EPA petition. Our voice was heard.

"We agree that now is the time to integrate and build upon EPA’s existing work on goods movement and to ensure that front line communities are an integral part of that process," said Administrator McCarthy during the announcement.

The PANYNJ should be requiring diesel trucks serving the port to use already-available low emission engines, pollution controls on ship smokestacks while at dock, as well as hire more Newark residents for higher paying port jobs. The Coalition for Healthy Ports is pressing the PANYNJ to reinstate its scheduled ban on trucks with engines older than 2007 (similar to the nation's largest port complex in Los Angeles and Long Beach, California). In January 2016, the PANYNJ rescinded its announced plan to ban older trucks from entering the port starting January 1, 2017 on the grounds that it would cause the port to close. CHP and its allies noted that NYNJ shippers and trucking companies would conform to the new rule as they did 10 years ago on the West Coast if they understood that the Port Authority would not back down.

Lower and near-zero emission truck technologies have been proven effective and are readily available and in use wherever required by port governing bodies. There is no excuse for the PANYNJ’s reneging on its prior commitments to significantly clean the air and improve public health conditions in the NYNJ port region.

"It's time for the Port Authority of NY&NJ to become a good neighbor to the residents of Newark, and support a clean air plan that includes a fleet of 2007 and newer model engine trucks," said Amy Goldsmith, Clean Water Action State Director and Coalition for Healthy Ports Chair.

The price of continuing to allow diesel truck pollution to flow through Newark's neighborhoods is the extraordinarily high incidence of childhood asthma and premature deaths of adults from lung cancer, heart disease, stroke and neurological disorders, as documented by medical doctors and public health researchers all over the U.S. including Robert Laumbach, MD at Rutgers University, and Andrea Hricko, Professor of Preventive Medicine at the University of Southern California Keck School of Medicine, advisors to the Coalition for Healthy Ports. The PANYNJ is enabling irresponsible shippers and trucking companies to cause hundreds of millions of dollars in medical expenses and lost days at work in port communities, costs that are unfairly shifted onto the backs of Newark residents.

Mayor Baraka understands the link between good jobs and clean air. He joins us in calling on the PANYNJ and shippers and terminal operators to hire more Newark residents for good port jobs, to change the conditions for low wage port drivers, and to honor our demands for prompt action to end diesel pollution at the port.

"Hire us, don't poison us," said Mayor Baraka. "The Port Authority has the power to end the diesel-truck poisoning of port communities like Newark. It can require shippers to use lower and near-zero emission truck engines, as some other ports have done. Yet the Port Authority continued to allow shippers to profit at the expense of our health and our lives. This must end here and now."

As a resident of the South Ward and mother of three children with asthma, I think it's time for the City of Newark to secure a community benefits agreement from the PANYNJ that provides mitigation funds to address the health injustices our families are experiencing due to the diesel pollution from the Newark Port. Let's continue to keep the pressure on and remember the fight for environmental justice is a civil rights issue. As we celebrate Independence Day and reflect on our rights and freedoms, we can't forget the overburdened port communities who are disproportionately polluted upon because of the zip code they live in.