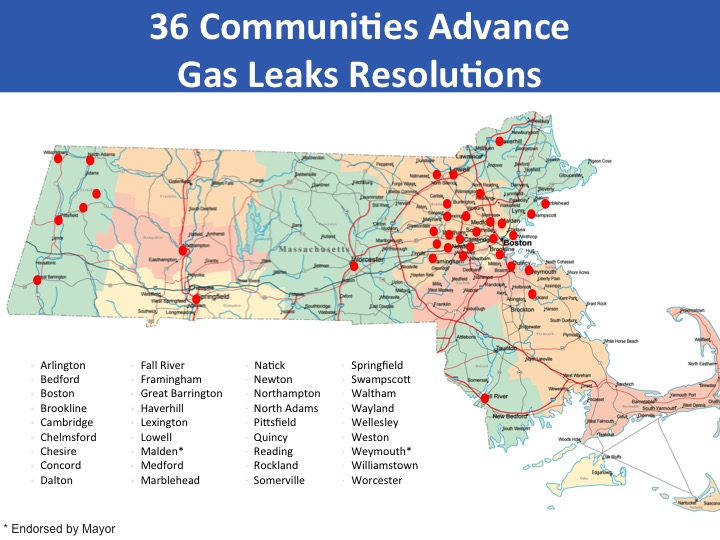 During the special hearing on Kain v Department of Environmental Protection that I attended on my first day at Cleab Water Action, David Ismay of the Conservation Law Foundation highlighted fixing gas leaks as an accessible method to reduce Massachusetts’s emissions. Since that hearing, I have been focusing a lot on gas leaks. And for good reason— there are over 20,000 leaks across Massachusetts, heating up our planet and making it difficult to reach our climate goals.

Massachusetts has done some great work so far. In 2014 the state passed “An act relative to natural gas leaks,” a solid foundation for future gas leaks legislation to build upon. This bill established the right to gas leak information, standardized classification of leaks, and mandated certain gas line infrastructure repair. However, while this was a nice start, Massachusetts must go further to address the threats to consumers and our environment posed by gas leaks.

Although the 2014 law accelerated replacement of leak-prone pipe and established a system for categorizing gas leaks, it also allowed many non-hazardous, or Grade 3 leaks, to go unrepaired. Grade 3 leaks are the most common kind of leak and in some cases they are the most costly to consumers and the environment. Non-hazardous leaks can still send huge quantities of methane into the atmosphere, and without an update to our laws, there’s nothing under current statute to ensure that they’ll be repaired (In other words, the leakiest leaks may never be fixed!) Worse, rather than pay for lost gas themselves, gas companies charge consumers for this “fugitive” fuel. According to one Harvard study, this costs consumers over $90 million each year.

More recently, a Boston University study surveyed gas leaks in the Boston area. Notably, half of the total emissions came from only 7% of the leaks. These high-volume leaks, called “superemitters,” contribute a disproportionate amount of methane emissions, which are up to 86 times more potent than CO2 emissions in trapping heat. Therefore, gas companies ought to focus on repairing these leaks in order to curb emissions more efficiently and save both the environment and consumers’ pocketbooks.

Beyond environmental and economic factors, another facet of gas leaks legislation is worker safety. There are currently significant gaps in worker safety policies during repair of gas infrastructure, but new legislation at the state house seeks to change this. Legislation sponsored by Senator Sal DiDomenico and backed by local Steelworkers and Fire Fighters’ unions would require gas companies to survey for leaks ahead of construction projects and to confirm that gas gates and valves are accessible and operational.

The amount of work to be done is daunting, but there has already been one victory. Last week, the House passed a comprehensive energy bill with a bipartisan amendment that addresses several gas leaks issues, including repairs of non-hazardous but high-volume leaks. Grassroots efforts, including dozens of municipal resolutions and public demonstrations across the state, played a strong role in making that happen. Clean Water Action will be working these new protections stick in the final energy bill as debate moves to the Senate.