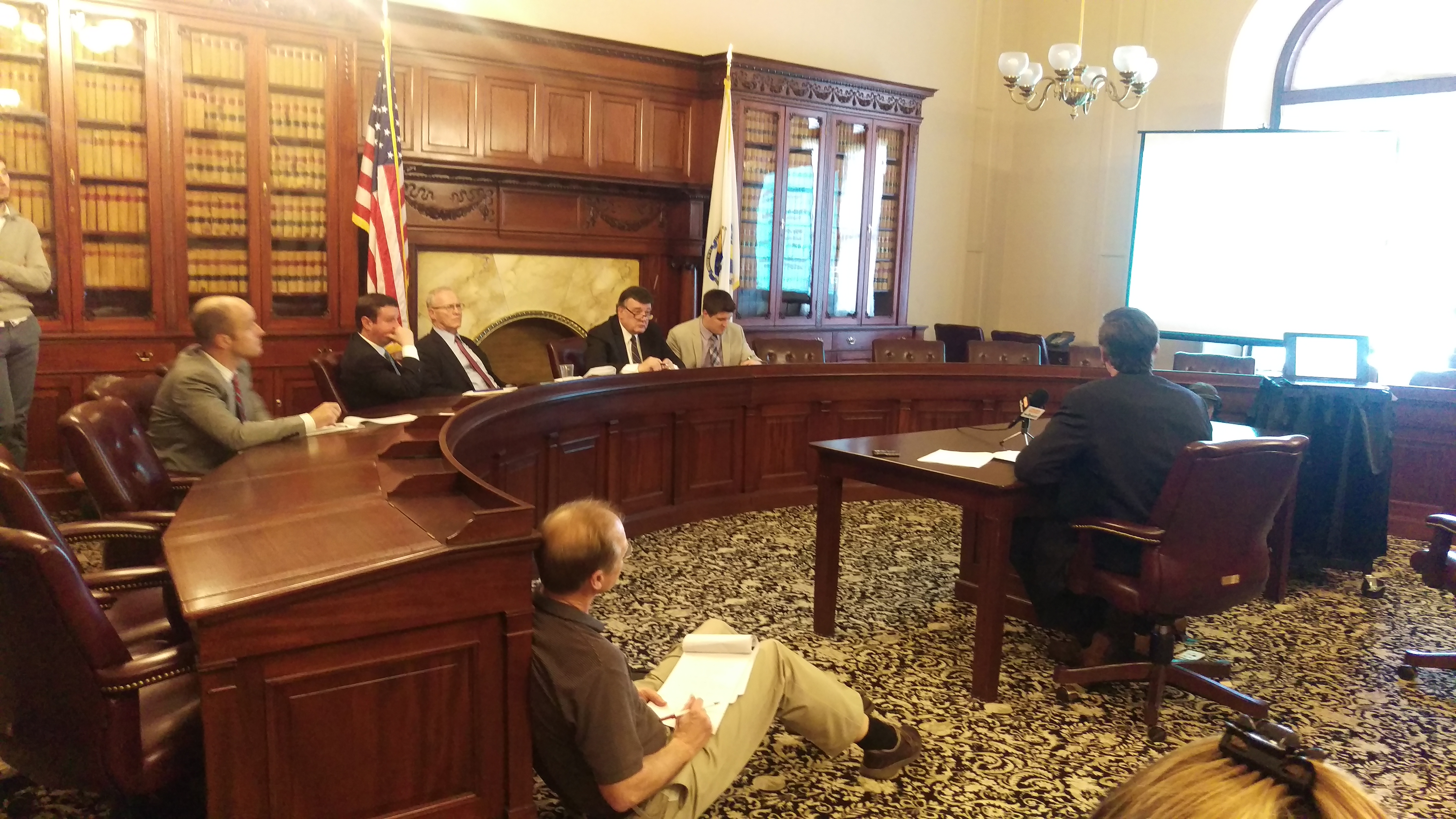 At Clean Water Action, interns hit the ground running. That was my conclusion after traveling to the Massachusetts State House to witness a special hearing on the Massachusetts Supreme Judicial Court’s ruling on Kain v Department of Environmental Protection--on my first day, before I even had a chance to use the bathroom at CWA. This court case refers to the state’s lack of adherence to the Global Warming Solutions Act, a state law passed in 2008 that mandated a 25% reduction in carbon emissions by the year 2020 and deeper reductions by 2050. When the state failed to issue the necessary regulations for the GWSA, Conservation Law Foundation, Mass Energy Consumers Alliance, and four high school students sued the state (two of the students attend Boston Latin School, where I went to high school). In a recent victory, the court held that the state has not met the requirements of this act.

In order to tentatively determine the next steps necessary to comply with the ruling, the Senate Committee on Global Warming and Climate Change held a hearing at the State House. The room was packed various reporters and environmental advocates, all eager to hear the testimonies from individuals representing the Department of Environmental Protection, Conservation Law Foundation, and Acadia Center.

The chairman of the committee, Senator Marc Pacheco, noted several methods for cutting Massachusetts carbon emissions, including carbon pricing. This method stood out due to its large amount of support during the hearing, as both Senator Pacheco and Senator Barrett strongly advocated for carbon pricing and both Senators have proposed pertinent legislation. These bills place a fee on carbon imports into Massachusetts and provide a proportionate rebate to households and businesses: the more greenhouse gases you emit the more you pay. While there is no U.S. precedent, carbon pricing has proved effective in British Columbia.

Another method highlighted at the hearing was increasing the Renewable Portfolio Standard, a law which sets the minimum amount of renewable energy credits that energy utility companies are required to purchase. This guarantees a large amount of demand for renewable energy, encouraging the development of renewable energy projects and jobs. Massachusetts is falling behind in our RPS goals, with a mandate of only 25% renewable energy purchased by 2030. In comparison, New York and California will have double the amount in the same amount of time, with 50% by 2030. Hawaii seeks to have 100% renewable energy by 2050. Boosting the RPS is critical to ensure we support the growth of local, clean energy like land-based wind.

It feels great to launch my time with CWA with such a promising harbinger of change. Although everyone agrees that there is a lot of work to be done in a very short period of time, there is renewed enthusiasm to enact change. I look forward to doing my part in helping this effort.