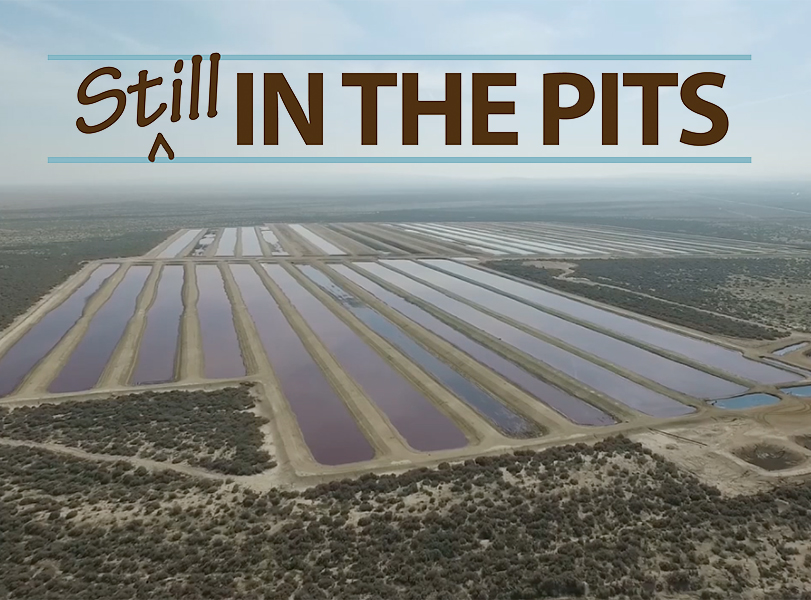 Dumping toxic oil and gas wastewater into unlined pits—How is this still a thing?

For some reason, California STILL allows oil and gas companies to dump their toxic wastewater in open and unlined pits. This industry isn’t exactly known for being environmentally enlightened, but a disposal method that has the INTENT of putting harmful chemicals into groundwater, soil, and air, is shocking, even by oil industry standards. Dumping toxic wastewater in unlined pits seems like the ultimate in corner cutting for an industry always looking to make an extra few bucks. But it really shouldn’t still be a thing.

This week, Clean Water Action released a new report, Still in the Pits, that documents what we’ve learned about oil and gas wastewater pits and why they shouldn’t be a thing anymore.

Here are our top 10 reasons why wastewater disposal into pits shouldn’t still be a thing:

Number 10: Oil and gas wastewater contains harmful chemicals, ranging from high concentrations of salt, to heavy metals, to known carcinogens such as benzene. Contaminants are naturally occurring underground and come from a host of chemicals added throughout the lifespan of an oil well.

Number 9: Dumping wastewater into unlined pits INTENTIONALLY puts those chemicals into the environment – our air, nearby groundwater and soil.

Number 8: State sanctioned science recommends ending unlined pit disposal. The California Council on Science and Technology (CCST), in their July 2015 study on well stimulation, recommended that unlined pits should not be used, if there is any chance that the wastewater contains harmful chemicals.

Number 7: Unlined pits pollute groundwater. Our report documents three cases of wastewater that has migrated underground into, or is threatening to enter high quality groundwater. But, even when there is evidence of harm, regulators have failed to shut down polluting pit facilities.

Number 6: Open air pits pollute the air. Volatile organic compounds (VOC’s), air toxics and methane all off gas from open pits. We detected more than a dozen different harmful compounds in one day of testing at a pit facility.

Number 5: Regulators have documented 1,165 pits in California (790 of which are “active”), mostly in Kern County. That number keeps growing, as regulators keep finding new pits. When we investigated the issue in 2014, we only knew of about 700 total pits (432 active). We know now about 52 pits in the Central Coast region, 40 of which are in Santa Barbara. For a nifty interactive map, click here.

Number 4: Many pits don’t have permits, or if they do, the permits are so old, that they predate local water quality policies. More than two thirds of all pits are inadequately permitted.

Number 3: Oil and gas companies, should pay the cost to deal with their waste product in a way that doesn’t threaten water, air and health, not put the burden on the public to face their negligence.

Number 2: California is in the midst of a historic drought. Allowing the oil industry to pollute groundwater, while some communities lack safe drinking water is unconscionable.

That is a set of pits in McKittrick, on the West Side of Kern County. Nearly five million gallons of toxic wastewater are dumped there every day, and a plume of contamination extends underground more than a mile, threatening vital groundwater that communities and individuals rely on for drinking and irrigation. Amazingly, this facility is still operating under a permit that was issued in 1968. For decades regulators noted that it was out of compliance with the law, but have continued to allow discharge.

Still wondering why oil and gas wastewater pits are still a thing? Me too. It’s time to make this disposal method a thing of the past.